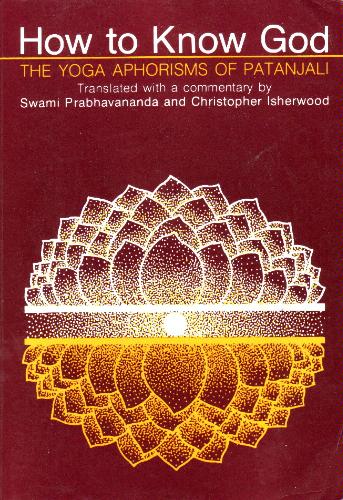 How to Know God

The Yoga Aphorisms of Patanjali

To be free from thoughts that distract one from yoga, thoughts of an opposite kind must be cultivated.

1. This is the beginning of instruction in yoga.

Basically, yoga means union. It is the Sanskrit ancestor of the English word yoke. Hence, it comes to mean a method of spiritual union. A yoga is a method - any of many - by which an individual may become united with the Godhead, the Reality which underlies this apparent, ephemeral universe. To achieve such union is to reach the state of perfect yoga. Christianity has a corresponding term, the mystic union, which expresses a similar idea.

Bhoja, one of the classical commentators on these aphorisms, defines Pantanjali's use of the word yoga as an effort to separate the Atman (the Reality) from the non-Atman (the apparent).

One who practices yoga is called a yogi.