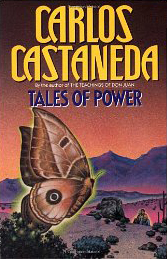 To be a warrior means to be humble and alert.

I had not seen Don Juan for several months. It was the autumn of 1971. I had the certainty that he was at Don Genaro's house in central Mexico and made the necessary preparations for a six- or seven-day drive to visit him. On the second day of my journey, however, on an impulse, I stopped at Don Juan's place in Sonora in the mid-afternoon. I parked my car and walked a short distance to the house. To my surprise, I found him there.

"Don Juan! I didn't expect to find you here," I said. He laughed; my surprise seemed to delight him. He was sitting on an empty milk crate by the front door. He appeared to have been waiting for me. There was an air of accomplishment in the ease with which he greeted me. He took off his hat and flourished it in a comical gesture. Then he put it on again and gave me a military salute. He was leaning against the wall, sitting on the crate as if it were a saddle.

"Somehow you would've found me," he said in a mysterious tone, "but let's say that you owe me the six days that you would've needed to get there," days which you should use in doing something more interesting than pressing down on the gas pedal of your car."